wrap up on flying ship film

well everyone, the flying ship film is finished. It is called “Remote Responsibility” and it is uploaded for all to see on my youtube page.  Here is the link:

I thought I would do some behind the scenes shots now. It all started with the idea of a flying ship flying across a large landscape. Here is the start of the ship. 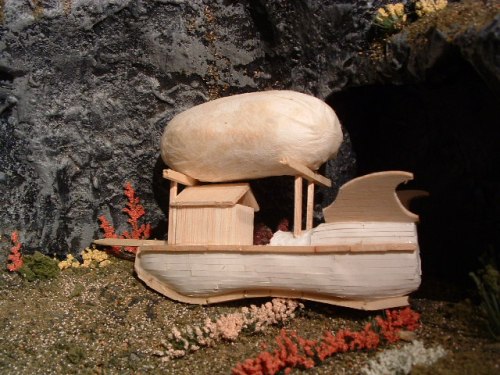 Next came a few props and some set building. These are tiny orc huts for the outside landscape. 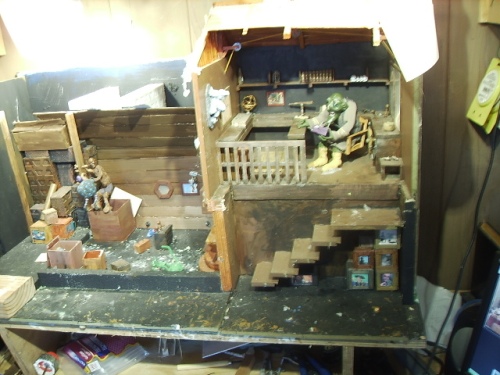 This is the captain’s bridge after all the shooting was complete.

This is the  background  painting for the outside set. It is done on a 8′ long piece of sheetrock  (drywall). 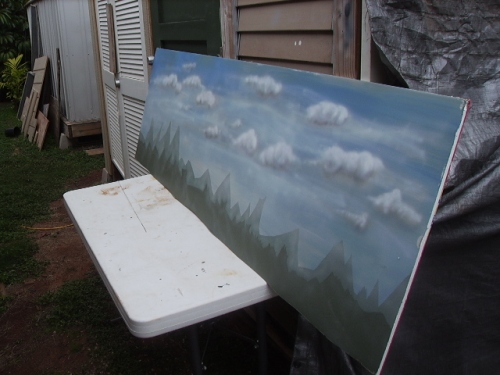 This is the rig used to move the ship and the camera at the same time. A threaded rod pulls the whole sled along.

TThe jar of vaseline (used to lubricate the threaded rod) can be seen on the set below and give you a sense of scale.

The white jar is soldering flux, used as weight to make the sled hang straight down. 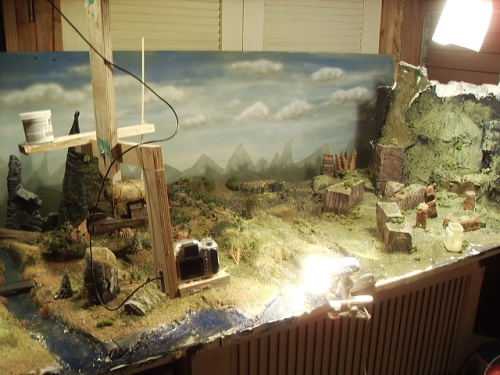 The sled is just scrap wood that slides along a metal tubing, pulled along by a threaded rod.

The bolt in the middle allowed me to move the ship and camera up or down to get the right angle.

This is a set shot before it was completely finished.

This shot the ship moved along, but the camera was stationary mounted off set.

This is after all the shooting was complete and the set tear down time has come.

I tried tiny black thread to hold up the ship, but every little breeze moved it, so I hot melt glued two rigid sticks to the top of the ship and erased them later in photoshop. 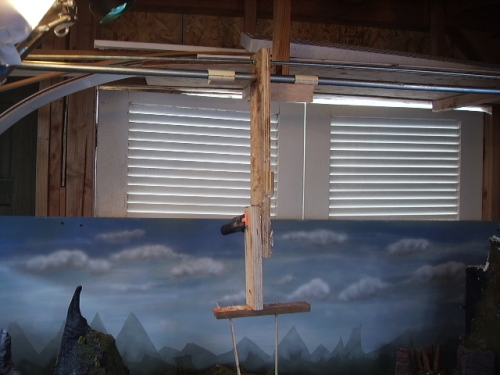 Ripping apart the cavern side where the ship rose vertically. 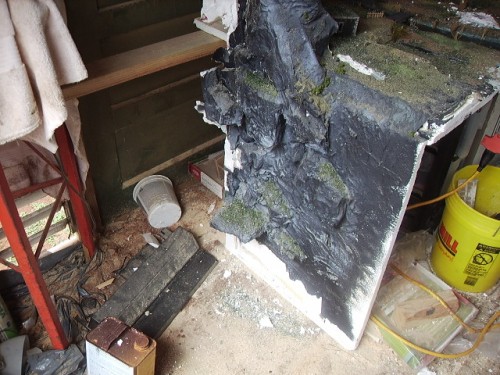 Some parts and props were saved, but most of the styrofoam landscape all got thrown away. 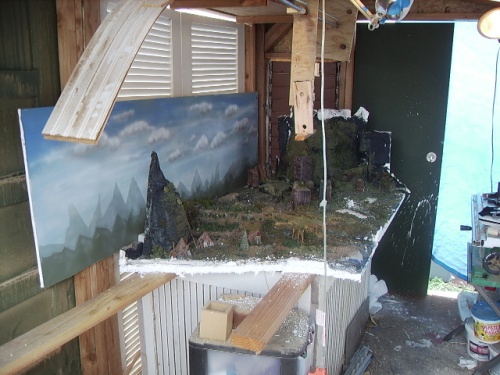 I finally get my woodshop back again. It was an incredible amount of space tied up with the set.

Stack of styrofoam scenery waiting for the trip to the dump.

Now time to start the next film. So go ahead, make a mess, have some fun.

This entry was posted in Uncategorized. Bookmark the permalink.

4 responses to “wrap up on flying ship film”